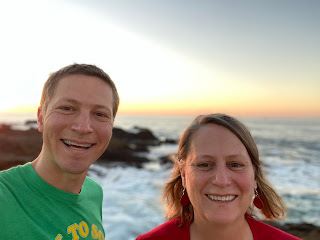 Happy Mother's Day!  Thanks for believing!  Growing up on the farm meant lots of barnyard time and playing any type of game my brothers and I could come up with.  My older brother, Phil, was a relentless competitor.  I don't exactly remember if it was soccer or kickball that led to my front tooth being knocked out but I think the story goes like this: I  pitched a ball to Phil and he was ready to knock it out of the park.  Instead, that ball came back to me.  Straight at my face.  I remember feeling something fly out of my mouth.  My ever so caring brother came over to investigate.  "Dude, you chipped your tooth".  Me: "I didn't chip my tooth, you did!"  Anyways, this is the type of shenanigans that my parents enjoyed growing up with three boys.   After my tooth incident, my mother was truly caring.  We went to the dentist, and since I already had two big buck teeth, and one was chipped, I guess it made sense just to shave both of them bad boys down.  It
Post a Comment
Read more

We managed to get Juliana and Noah off to bed early on New Years Day.  I was excited to see an email inbox full of Heart Warrior Half Marathon participant finisher photos and comments but too overwhelmed to check them.  A rare occasion, we instead decided to watch a movie and I almost made it through the whole thing before falling asleep, which would have been even more rare.  I had seen  Something the Lord Made  before.  A true, inspirational story that details the work of researchers at Johns Hopkins on congenital heart disease (CHD).  During this era (mid 1900's), the heart was an organ that was notorious for causing complications if disturbed.  The latin phrase,  noli me tangere was   commonly used among cardiothoracic surgeons-- meaning, do not touch the heart during surgery.  The surgeons that broke conventional thinking, developed techniques that gave children a chance at life.  Today, the same surgical principles and shunts have been improved and exist in thousands of card
Post a Comment
Read more 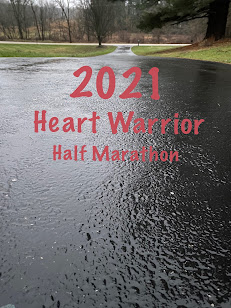 A black ice start! The freezing rain peppered my windbreaker jacket and my running shoes slid a little bit with each step down the driveway.  It's New Year's Day 2021, day of the Heart Warrior Half Marathon!   WHY  would I decide to do something crazy like this? It seemed like a good idea last Fall, when we had beautiful running weather here in Ohio. Everything was uncertain in 2020`, so I should have expected that we would be confronted with some of the most challenging weather a runner can face for this event.   With my earbuds paired to my phone, I joined a call to my running friend, Matt, a college teammate with whom I have shared thousands of miles.  He was running the Heart Warrior Half Marathon virtually that day and we decided to link up for the first time by phone during a run together.  During our runs, our topics of conversation have greatly varied over the past couple decades.  We no longer have the same discussions that one would imagine two college kids would have
Post a Comment
Read more

#15 YOUR WHY & The Heart Warrior Half Marathon 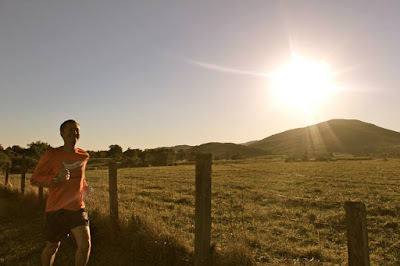 As the year 2020 comes to a close, I would like to invite you to a New Year's Day challenge -- The Heart Warrior Half Marathon.  Enjoy this latest blog post and if you haven't done so already, sign up for the free virtual running/walking event on the  Cross Runners Heart home page . If you have already signed up, invite a friend!  It was a crisp, 62 degrees on a sunny Fall day.  My feet felt light on the flat blacktop of Ohio's Richland County B&O trail-- a frequent running route for me.  My mind drifted from topic to topic.  Noah's upcoming second open heart surgery was at the forefront of my thoughts, while my lungs sucked in the cool air.  My mind shifted to think about why I had started www.crossrunnersheart.com. Asking "why" can be such a powerful question.        My Fall running in Virginia (not Ohio, but you get the picture) As I trotted the path that day, a flight of ideas came rushing in. Suddenly, I realized there was more fuel to add to what I h
Post a Comment
Read more 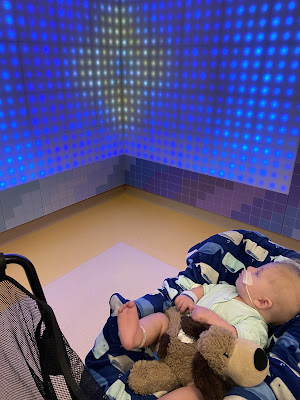 Sign up for the New Year's Day free virtual running/walking event on the Cross Runners Heart home page With this post, we would like to especially thank the University of Michigan  Congenital Heart Team.  Post #14 Waves of Hope Noah loudly cries out.  After 30 minutes, I'm at a loss as to how to console him.  I have tried everything, but why is he still crying?  Just then, Jana comes in the room and we decide a nice "stroll" around the unit may help.  To this point, his labs and numbers have "normalized" with discharge studies pending.  Not bad for post operative day five.  We would like to think Noah is one tough boy, but we also know the contribution of the medical staff at the University of Michigan C.S. Mott Children's Hospital has played in his success.  We have received world-class care here and are very thankful.  The second open heart surgery (HemiFontan Operation) recovery has been a little easier on us - perhaps we are just used to the tubes, w
Post a Comment
Read more
More posts